It’s December 31; time for a “Year In Review” post! Here’s what I managed to accomplish professionally this year:

“Compassion and Benignytee: A Reassessment of the Relationship Between Canacee and the Falcon in Chaucer’s Squire’s Tale,” (roundtable) at the International Congress on Medieval Studies at Western Michigan University, Kalamazoo, MI, May.

This year, I taught a 4-1-5 load from Spring through Fall.

History of the English Language*

Elected Vice-President of the Society for Medieval Feminist Scholarship

And although that’s certainly not all I did professionally this past year, it’s all that can be recorded on the CV. I guess I do deserve that nap I plan to take this afternoon……? 🙂

Looking ahead, I expect 2018 to bring about the completion of several ongoing projects, including the fully revised first draft of my monograph on violence at the feast in medieval texts, one (possibly 2) edited collections, two guest-edited journal volumes, and several articles currently under revision, many from conference presentations given last year or this year. I’ll be teaching some exciting new courses, including Violence and Trauma: Beowulf to Malory, Women in Medieval Literature and Culture, and Mythology and Folklore, and I’m slated to serve as a respondent for the “Mewn Dau Gae” panel at MLA and to give papers at the Medieval Academy, Indiana Bloomington, and Kalamazoo.

I will, of course, also continue my work as a proponent of and activist for the Humanities generally and medieval studies particularly, and for equity and inclusion in the Academy at all levels, both individually and in my capacity as the Vice-President of the Society for Medieval Feminist Scholarship and a member of the MLA CLCS Celtic Studies forum. I know we say it a lot, but it certainly bears repeating after this past year: “We still have a lot of work to do.” I am very grateful to have the opportunity to participate in working towards a better future for the profession, one in which people are valued beyond mere numbers, statistics, and publications for the wealth of knowledge, wisdom, and talent they bring to bear on our work: one in which the humane is emphasized. 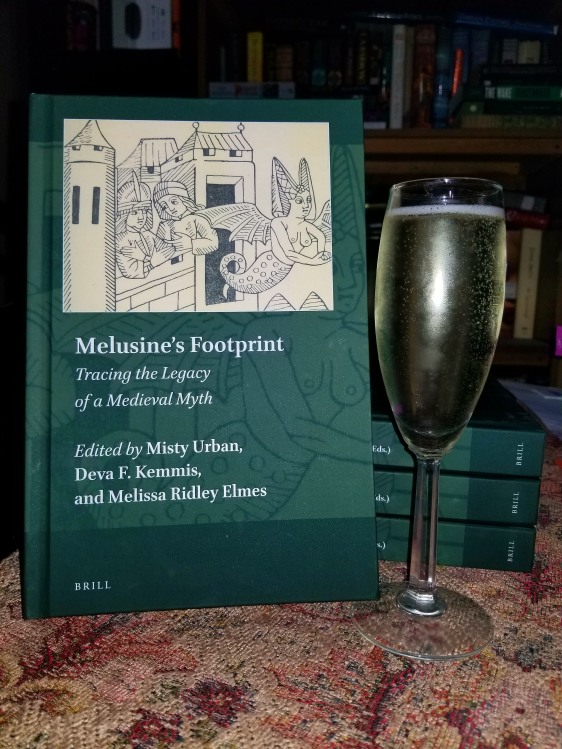 Professor and writer; Unrepentant nerd; chaotic good. Author of Arthurian Things: A Collection of Poems. PhD, MFA. She/hers. Views my own.
View all posts by Melissa Ridley Elmes →
This entry was posted in End of the Year wrap Up, Uncategorized and tagged Academia, being a professor, higher education, professor life, scholarly productivity, year in review. Bookmark the permalink.